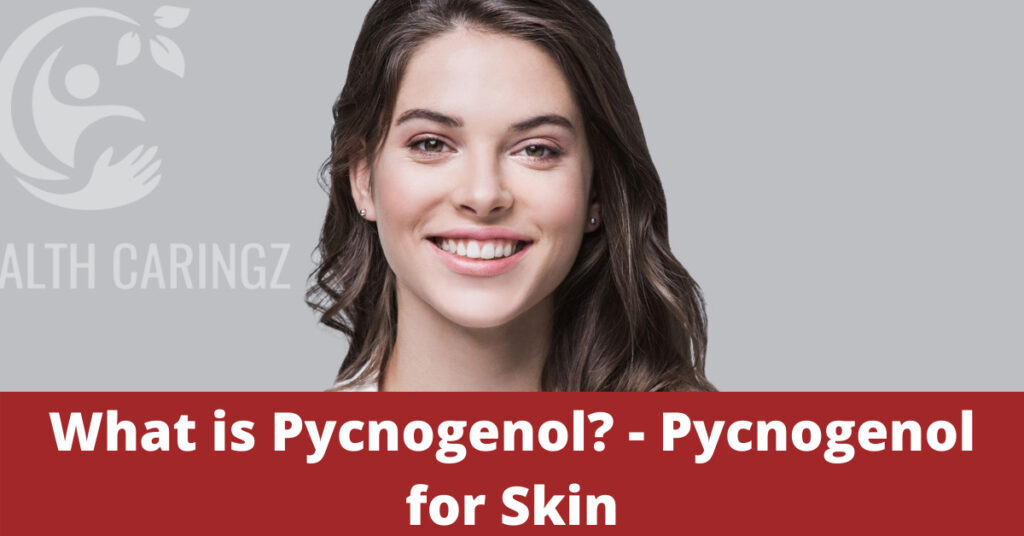 Pycnogenol is a combination of several natural components. These natural components are extracted from the bark of a European pine tree, the French maritime pine. It is an antioxidant that is best used for increasing skin elasticity and also increases the production of hyaluronic acid. An increase in skin elasticity is also directly proportional to good fitness and health. Although pycnogenol is gaining properties nowadays, its discovery dates back to the 1500s by Jacques Cartier.

Before divulging the reasons pycnogenol is best for the skin, we should learn about the reasons behind:

Pycnogenol is said to be full of collagen and Elastin. Both of these proteins are responsible for the elasticity and younger-looking skin.  Sunlight exposure, pollution, and dehydration cause the breakdown of these proteins. This, in turn, causes the skin to sag and the formation of wrinkles and lines, especially around the eyes and the mouth.

Benefits of Pycnogenol for Skin

As said earlier, the pine bark extract works wonders for the skin. It reduces the ageing of the skin. There are many recent studies done on pycnogenol. The most prominent study was done in 2012 on a group of 20 post-menopausal women. They took 75mg of pycnogenol, one a day, for about 12 weeks. Their progress was recorded for that duration. It was seen that there was a visible sign of changes in their skin. A huge increase in hyaluronic acid in the skin was also seen. In 2017, the Journal of Clinical & Experimental Dermatology Research published an article that reports that pycnogenol helps will cell regeneration and replication. Pycnogenol has many benefits such as;

How to Use Pycnogenol?

It can be used both as a capsule and a cream. But it is mostly used in capsule form. The dose available in the market is from 30mg to 100mg. The maximum dose taken in one day is 100mg. In cream form, it is used for wound healing. It can be used for up to seven days. The anti-inflammatory effect of pycnogenol is best for skin problems. It can also remove hyperpigmentation produced due to acne scars.

Side effects of Pycnogenol

There are not many side effects of the product. Except people who are on blood-thinning medication should consult their doctors before taking it. Also, diabetics and people taking steroids should avoid pycnogenol. Use pycnogenol but do not compromise your health fitness because of it. Use it carefully.