Psychotic Disorder And Its Impact On Someone’s Life 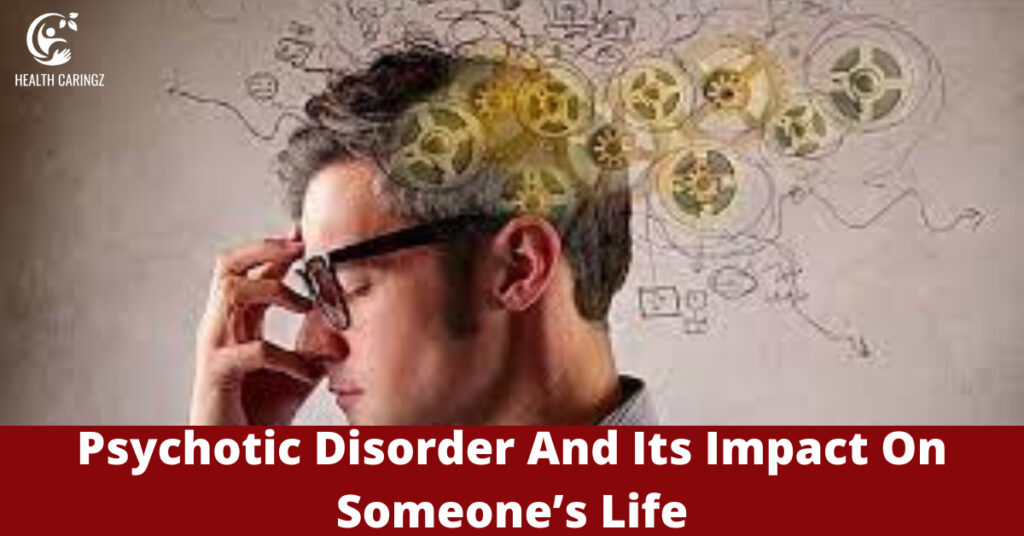 Psychotic disorder very clearly tells us that it is a disorder associated with the brain. It is a mental illness regarding which people need much awareness. Awareness about mental health and mental illnesses is increasing a lot because many people suffer from it, and we don’t know what they are going through.

This can lead to severe outcomes, which might even be a danger in a patient’s own life or health. so, as a responsible person of the society, you should be aware of these mental illnesses so the right help can be provided to the people going through this

A person with the psychotic disorder is unable to think properly, will not respond to some stimulus emotionally, can’t communicate effectively, cannot understand reality, and is why they are also unable to behave properly. In some cases, the symptoms of the psychotic disorder are quite severe, and such people may also not be able to stay in touch with reality.

For some people, the symptoms may not be that worse. But however severe the condition of people with psychotic disorders is, it is treatable. Sometimes, patients require hospital care after some time, which is for people who cannot love without medical supervision. As their condition gets better, they can be removed from such scrutiny and will be able to continue their treatment while resuming their normal day-to-day activities.

People with schizophrenia lose touch with reality. You will observe changes in their behavior, and other symptoms of psychosis can be seen as well. Such people can experience hallucinations and delusions. These symptoms, especially the hallucinations, can last longer than six months, affecting their personal life, education, and career.

schizoaffective disorder is when people get the symptoms of schizophrenia and mood disorders like depression and bipolar.

This is the same as schizophrenia disorder, but the symptoms last for less time in this one. The symptoms usually last from 1 to 6 months in this case.

A brief psychotic disorder is common in people who have just gone through some traumatic event. This usually happens due to a traumatic event like a death in the family. A person can recover from it in less than a month.

Delusional disorder is a mental disorder in which the person experiences delusions. Delusions are real-life events that could be true but aren’t. This can involve the belief that someone is plotting against them or having a disease. These delusions last for a month or so.

The shared psychotic disorder is a mental disorder that shows the importance of mental health awareness. In such a disorder, the partner of the person having delusions adopts those delusions as well. Therefore, treatment is necessary for both partners.

Paraphrenia has the same symptoms as schizophrenia, but this starts late in life.

Some other health issue induces this type of psychotic disorder. A person could have had a head injury or a tumor inside their brain to have such delusions.

Hallucinogens and other drugs that mess with your brain can cause your psychosis. Recovery from such drugs is very important; as long as they stay in your body, they will continue to cause psychosis.

Delusions mean you believe that some event is happening which isn’t. this fake belief can be explained by the fact that some patients think someone is plotting against killing them, but that is a fake belief.

Such people also lose interest in everyday activities like hygiene and other activities that they usually like doing.

They have severe mood swings switching from depression to mania

Unable to cope with everyday life activities and are unable to maintain relationships with their loved ones and friends, which affects their work-life as well.

Treatment of the psychotic disorder

Treatment for all kinds of mental illnesses is available, and similarly, psychotic disorders can be treated as well. different approaches are used for treatment purposes, but the two main approaches that psychotherapists use are medication or psychotherapy

A psychotic disorder is best treated with antipsychotic drugs. There are many drugs available in the market that your doctor’s prescription can only purchase. The type of drug can be selected based on the severity of the situation. These drugs usually don’t cure the main cause of the illness. However, they will control some aggressive symptoms like mood swings, mania, delusions, hallucination, and other thinking problems. These drugs try to relax that person so their coherent abnormal thoughts can best stop or decrease.

A psychiatrist or psychotherapist does psychotherapy. This includes the counseling of the patients and is one of the most effective ways. Psychotherapy can be of different types, and the following are the types

Your doctor will decide the type of counseling you will be given. The success of the treatment by either one of the ways varies from patient to patient. There is no way a healthcare professional can predict when the person will be healed from a psychotic disorder. Even after the treatment, the chances of recurrence are there.