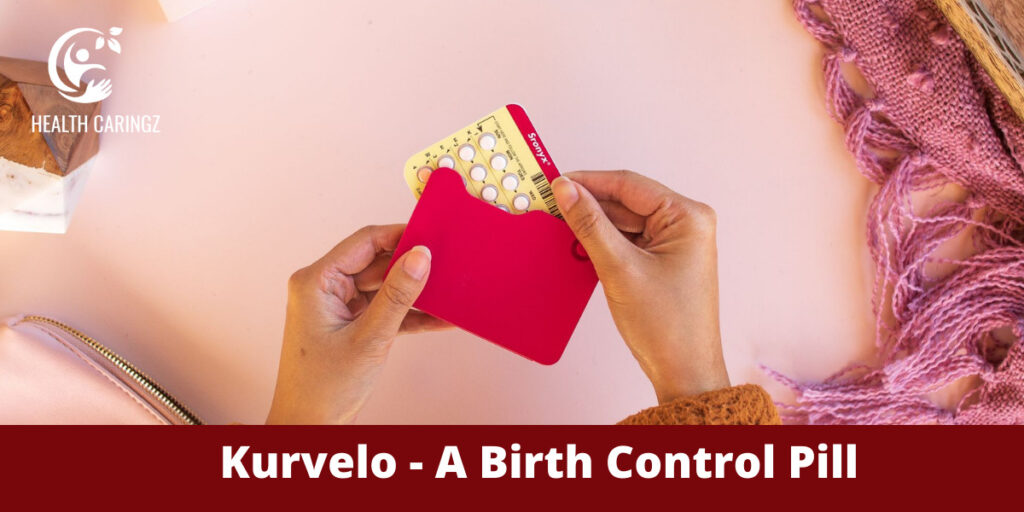 Kurvelo is a hormonal medication. It controls the hormones responsible for the pregnancy.

Birth controls methods were supposedly being used during the Egyptian Era. The invention of birth control pills was said to be done by Pincus & Djerassi. Djerassi was a Mexican citizen; he created a pill but was not allowed to test it. Meanwhile, Pincus, persuaded by Sanger, started to experiment on the progesterone hormone. In 1954, he did the first human trial on 50 women. It is a huge success. Puerto Rico hosts a larger number of trials.

FDA approved the use of the pill for severe menstruation at first, and then in 1960 approved it as a contraceptive. From 1962 to 1965, 6.5 million women started using the pill. In 1969, a book is published that describes the side effects caused by the pill, and the sales drop up to 24%. Then in 1988, the FDA introduces another birth control pill that is the same, but the dosage is less than before. This was done to minimize the side effects.

In 2000, it was ensured that birth control was added to medical insurance. The side effects remain, but it is still being used.

Kurvelo has two drugs included in it:

This hormone is used as a birth control pill individually and in combination with an estrogen. It is effective for up to 72 hours.

Mechanism of Action
The mechanism of action of levonorgestrel for birth control is to stop fertilization by the inhibition of ovulation. This also causes the thickening of cervical mucus. It makes it difficult for the sperm to reach the egg. It should also be observed that it does not work after the fertilization of the egg is complete.

Levonorgestrel is also used in many IUDs like Mirena & Skyla.

This drug is also an emergency contraceptive pill form and should not be used as a regular birth control pill. Levonorgestrel does not work on women who have more than 164 pounds of weight.

Side Effects
Birth control pills have a lot of side effects. The doctor will only prescribe you this drug that means that they have calculated the risk to benefit ratio:

This medication should not be used during pregnancy. Tell your doctor if you are pregnant.

Interactions
Some drugs might decrease the effect of levonorgestrel when used consecutively. Following are some of the drugs that interact with this drug:

FDA first approved this drug in 1943.

Mechanism of Action
The mechanism of action of ethinylestradiol is suppression of gonadotrophic hormone, which, in turn, suppresses ovulation, thickening of cervical muscles, and alterations in the endometrium.

Side Effects
The following are some of the side effects of this drug:

Interactions
Ethinyl estradiol can interact with many drugs. That is why it is important to monitor the patient if they are taking both drugs simultaneously.

Kurvelo has both of the above-discussed drugs. This medicine helps by prevention of egg release during the menstruation cycle. This will also make the vaginal fluid thicker, so sperm does not reach the egg.

It is used for pregnancy prevention, but it also regulates your menstrual cycle and makes them more regular. Other uses are:

Your physician or your pharmacist can better explain the appropriate usage. Even the drug leaflet contains all the required information, but here is how you take this medication.

The most important part of its use is to take this medication at the same time each day. If you have an upset stomach, then take this after dinner or before bedtime. A typical pack contains 21 pills. You will have to take these 21 pills and then take a break for seven days before starting the pack again. Some packs also contain 28 pills; among these, seven pills are inactive, and they are just there so that you do not forget to take your medications.

If you are taking the medications for the first time, you should take them on the first day of your period. Ask your community pharmacist if you are switching from one type of birth control to another.

If you have any of the following side effects, tell your doctor as soon as possible.

Be cautious while taking any birth control pills. Tell your doctor if you have any allergies to estrogens or progesterone. Also, tell your complete medical history to them; this includes a history of hypertension, abnormal breast exams, kidney disease, cardiovascular disease. Also, if you are about to have surgery or have already been under surgery, tell your doctor.

Birth control pills are about 99% effective, but they do not work if you are already pregnant. The side effects are also many. In recent years, research on male birth control pills is undergoing. Before taking any form of birth control medication, consult your doctor because they will tell you whether you should take that pill or not.