Everything About Cheyne Stroke Breathing 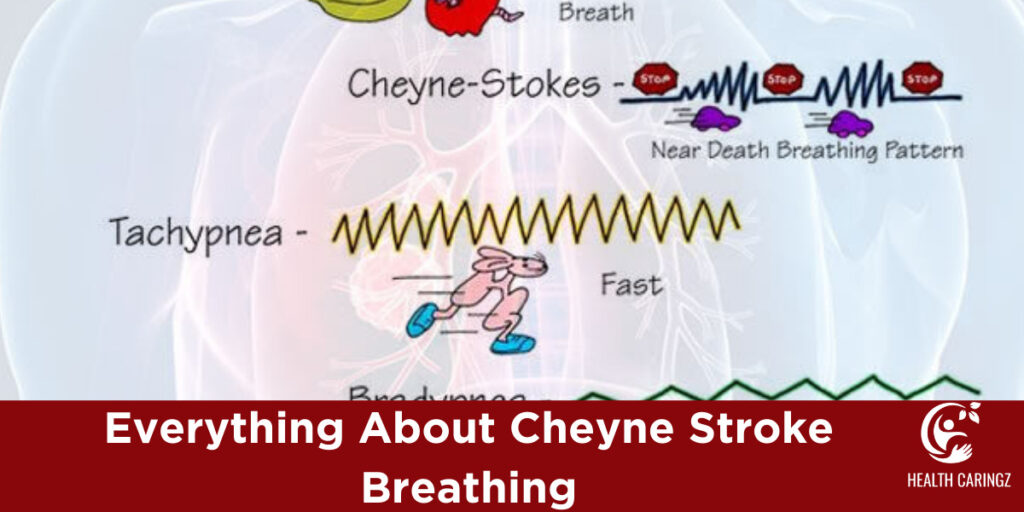 The exact process of the Cheyne stroke is still unknown, but here are some possibilities.

What Are The Causes Behind It?

Here are some of the causes of Cheyne’s stroke.

What Are The Symptoms Of Cheyne Stroke Breathing?

Here are some of the symptoms of Cheyne stroke that a person experiences.

Who Are At The Risk?

These are the people who are at the risk of Cheyne Stroke Breathing.

What Is The Risk If A Person Experiences Cheyne Stroke?

If a person experiences Cheyne stroke breathing, then it can cause heart failure and stroke. Other problems can also occur because Cheyne stroke is also considered a risk for the person.

How Is It Diagnosed?

Diagnosing Cheyne stroke is not easy as it mainly occurs during sleep. If a person notices any symptoms of Cheyne stroke at night, he should ask his doctor. Suppose the person is facing issues when he is aw. In that case, then he can tell all his signs, and the doctor can do his physical examination. Then the doctor can know whether he has a Cheyne stroke breathing or not.

If the person is having a Cheyne stroke at night, then the doctor will recommend polysomnography. It is a sleep study where the patient is asked to sleep at the hospital. The doctor will check the patient’s heart rate, breathing rate, eye movement, blood oxygen level, brain waves, and other movements during sleep.

How Is It Treated?

Here is how Cheyne stroke can be treated.

How Can Cheyne Stroke Breathing Be Prevented?

Cheyne stroke can be prevented by preventing the situations that can cause it, like congestive heart failures and strokes. Exposure to heavy metals causes encephalopathy. A person should avoid heavy metals to avoid Cheyne stroke. If a person experiences Cheyne stroke breathing, then his doctor will prescribe him a treatment plan. He must follow that treatment plan to prevent this condition from occurring again.

There are other respiratory problems that people misinterpret with Cheyne stroke.

In this condition, only deep and fast breathing occurs. There is no shallow breathing.

In this condition, only shallow and rapid breathing occurs. There is no deep breathing.

In hyperventilation, the person experiences deep and rapid breathing. The oxygen level in his blood increases and the level of carbon dioxide decreases.

In obstructive sleep apnea, the breathing of the person stops for a few seconds. It occurs due to the collapsing of the upper airway. It can appear several times in an hour. It is commonly caused by obesity.

Cheyne stroke is a severe problem. Many health problems can lead to this problem, but it is not always necessary. It can also occur in healthy people. Take proper medical assistance to avoid any serious trouble.